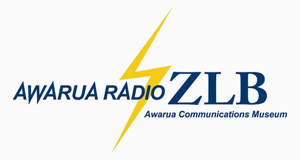 This category provides information about:

Awarua Radio - A Site of Many Dimensions

Awarua Radio and its functions can best be understood when it is viewed as a many-dimensioned enterprise - a place that over time was a part of many levels of activities.

The operations of Awarua Radio can also be considered in a multi-level format.

While some of the radio services provided were unique to Awarua Radio's southern location, many similar services were also undertaken at coast stations and radio depots throughout New Zealand.

As can be seen from the above breakdown of roles and functions, Awarua Radio did not stand alone but was part of a significant network of NZ Post Office services. In addition to the roles mentioned, there are many more components, such as the administration and planning aspects of Head, Regional and District Offices of both Engineering and Postmaster's branches. These offices managed pay, training, staffing, etc as well as system planning on a national, regional and district basis.

The sub-categories of the Awarua Radio Station area are under development.